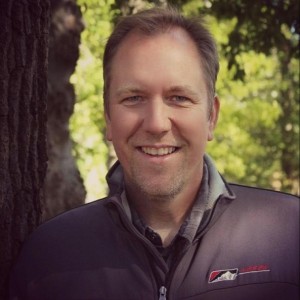 In the early 1900’s, a scientist concluded that the power of two animals pulling a coach did not equal twice the power of a single animal. Surprised by this, as Dobelli describes in his book, The Art of Thinking Clearly, the scientist extended his study to people. In a test involving men pulling a rope to measure their force, he concluded if two men pulled together each of them only invested 93 percent; when three pulled it went to 85 percent, and with eight people, only 49 percent!

A new phrase called social loafing was born. When more people are involved, less energy needs to be given. There’s more space for cutting corners and not giving your all. And since there’s not always a way to tell who really “pulled their weight,” the overall energy of each person drops.

In a sense, this is why teams can be beneficial. Many hands make light work. Team work makes the dream work. There’s no “I” in team and so on.

On the other hand, when a team has an assignment, there’s a good chance some people won’t want to or won’t be able to commit their full energy. You may have experienced this in meetings. The larger the attendance at the meeting, the less likely everyone can even participate in it. But when it’s a one on one conversation, the stakes are raised immensely.

In worship ministry, we have a bit of both worlds. The worship team is a group and often quite large, but each person has to play his or her individual role so that it all comes off sounding excellent and engaging the church.

One thing the worship team leaders can do is to highlight the individual aspects is to create an expectation. This will allow everyone to understand that their part is crucial and desire to see it play out well.

Characteristics of potential social loafing in a worship team may look like:

When each person is fully pulling his weight and the accountability is there to help make it happen, the results are incredible. Just being mindful of this possibility allows the group to understand how important their role is to the team.

This concept of social loafing is found in a book called The Art Of Thinking Clearly by Rolf Dobelli It’s the kind of book that’s fun to read or listen to. There are a ton of short little chapters about many very interesting topics.

And this book is currently free with a audible subscription!

Tim has been a worship leader in the Church for over 20 years. As the Worship Director for Harvest Ministry, Tim has led worship in a countless number of environments with a broad demographic of worshippers. He is currently on staff at Troy United Methodist Church in Troy, IL as the Director of Worship Arts.
Check out more posts from this author!